February 26, 2020
Law and Finance Legal Issues and Strategies against Expropriation Overview of the MENA Region 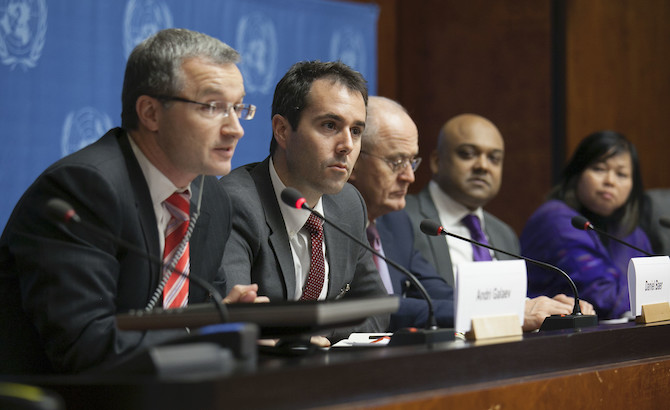 For the third consecutive year, economic growth in the Middle East and North Africa in 2019 fell to 0.1 percent, due to a combination of geopolitical turmoil, policy constraints and US sanctions on several states in the region. This unsatisfactory and dismal economic performance bodes-ill for the Middle East’s future; as it seems stuck in perpetual conflicts.

Interestingly, however, the MENA region – including countries affected by war and violence – is still strongly attracting inquisitive investors, despite the evident instability that’s naturally supposed to drive foreign direct investments out of embattled regions.

Last year, for instance, the US-based data giant Alteryx chose Dubai for its newest office, while Amazon’s cloud arm AWS opened a Middle East regional office in Bahrain. Meanwhile, China has been investing nearly $76 billion in Oil and gas projects in the overall MENA region, while considering to invest $10 billion in an industrial hub in Abu Dhabi. Additionally, the US heavy sanctions on Iran didn’t deter China from pledging $400 billion of investments in Iran’s energy, transport and manufacturing sectors.

An additional conundrum, to the paradox of pouring investments against odds into an economically uncertain area, is why such investments don’t assist in improving economic performance in the region. There are two answers to explain this; investments target Arab leaders’ grand projects for self-aggrandizement and turning profit from reconstructing war-torn areas.

The following examples provide clear context for the strong appeal of the MENA region for foreign investments despite the region’s slow economic growth.

In 2015, Egypt announced plans to build a new administrative capital to the east of Cairo over the next five to seven years. The new city is envisioned to occupy 700 square kilometers and serve as home for 7 million Egyptians. Its first phase includes 1.1million homes, 1,250 mosques and churches, and 663 hospitals. The Egyptian government hired a Dubai-based real estate investment fund to solicit investors. By the end of conference where the new capital was announced, around $12 billion had been pledged from Gulf enterprises; more than a quarter of the estimated total.

The question that arises here is why deprive Cairo of a status it has held since 950 A.D.? We could safely exclude the possibility that the new capital aims to support the poor; as the Egyptian government has recently been cutting food and energy subsidies; leading to spikes in prices that hit low-income groups hard. A demographic explanation is to alleviate pressure of population growth in Cairo as one of the world’s most crowded cities, however, a similar recent project called “New Cairo” was designed to relieve such pressure, yet the number of Cairo’s residents is still expected to double over the next 40 years.

A political and security rational is that Egypt’s president Abdul-Fatah al-Sisi wants to quite literally banish the ghosts of the popular revolution that his ascendance to power suppressed; once seated, no “monarch” desires to be ousted in the same way as his predecessors. Hence, a new political center designed from scratch to Sisi’ssatisfaction to be more controllable than Cairo, would relieve his security concerns. Besides, such project, in addition to the expansion of the Suez Canal, essentially pour into the category of Sisi’s desire for grandstanding and personal aggrandizement.

Last year, the CEO of the Qatar Financial Center (QFC), Yusuf Al-Jaidah, announced a strategy to build a $20 billion sports sector ahead of the 2022 World Cup in Qatar; by offering to license about 150 new foreign sports companies and exempt them from rules of local co-ownership, in addition to foreign enterprises working in supporting fields, such as technology, training and media. The announced incentives include free office space and seed capital. What mainly motivates this hastening for developing a major sports sector is Qatar’s desire to become a regional hub for sporting events, to compete with neighboring Dubai, and to boost its standing in the region.

Saudi Arabia is in the midst of its 2030 Vision, launched in 2016 to reduce its dependence on oil and develop other public sectors, such as health, education and tourism. Foreign investments in the country rose by 110% in 2018—double the previous year. The Chinese government is among the new investors, after the Saudi King Salman paid a 2017 visit to Beijing, during which the monarch signed a memorandum of understanding authorizing US$65 billion in joint ventures.

Saudi Arabia is trying to spur growth of foreign direct investments by offering progressive relaxation on its foreign investment regulations, where Saudi Arabian General Investment Authority (SAGIA), for instance, decided in 2015 to allow non-Saudi entities to own 100 percent of wholesale and retail operations, under certain conditions.

However, the growth of international investments faltered after the assassination of journalist Jamal Khashoggi in October 2018.

The Saudi rush for opening up to foreign businesses stems from the Crown Prince’s desire to position himself globally and internally as a remarkable reformist and to advance the kingdom’s regional and global standing.

Will war-torn Syria benefit too?

The World Bank estimates the war damage in Syria at $200 billion, while the UN Economic and Social Commission for West Asia (ESCWA) predicts the damages to reach $400 billion. This creates a lucrative market for profit seekers and business elites. Last fall,for instance, around 48 governments and 1,700 foreign and local companies participated in a weeklong trade fair in Damascus, where an Iranian representative of a company specializing in infrastructure rehabilitation perfectly illuminated Syria’s “magnet” attraction for construction-related investments, by saying that, “It’s the best time to enter the Syrian market because the war has finished, and the area is completely safe, and any company or country can enter this market.”

The Syrian government pledges to prioritize “friendly countries,” such as Iran, Russia and China in business and reconstruction dealings, and it sees reconstruction projects as a vessel to garner legitimacy and popular support.

The US has punished Chinese companies for Uighur oppression, but ignores an Israeli surveillance state that routinely intimidates Palestinians The United States has traditionally positioned itself as a champion of human rights around the world, speaking out for dissidents and minorities in Syria, China, Russia and Iran. The US government has frequently employed restrictions or ...